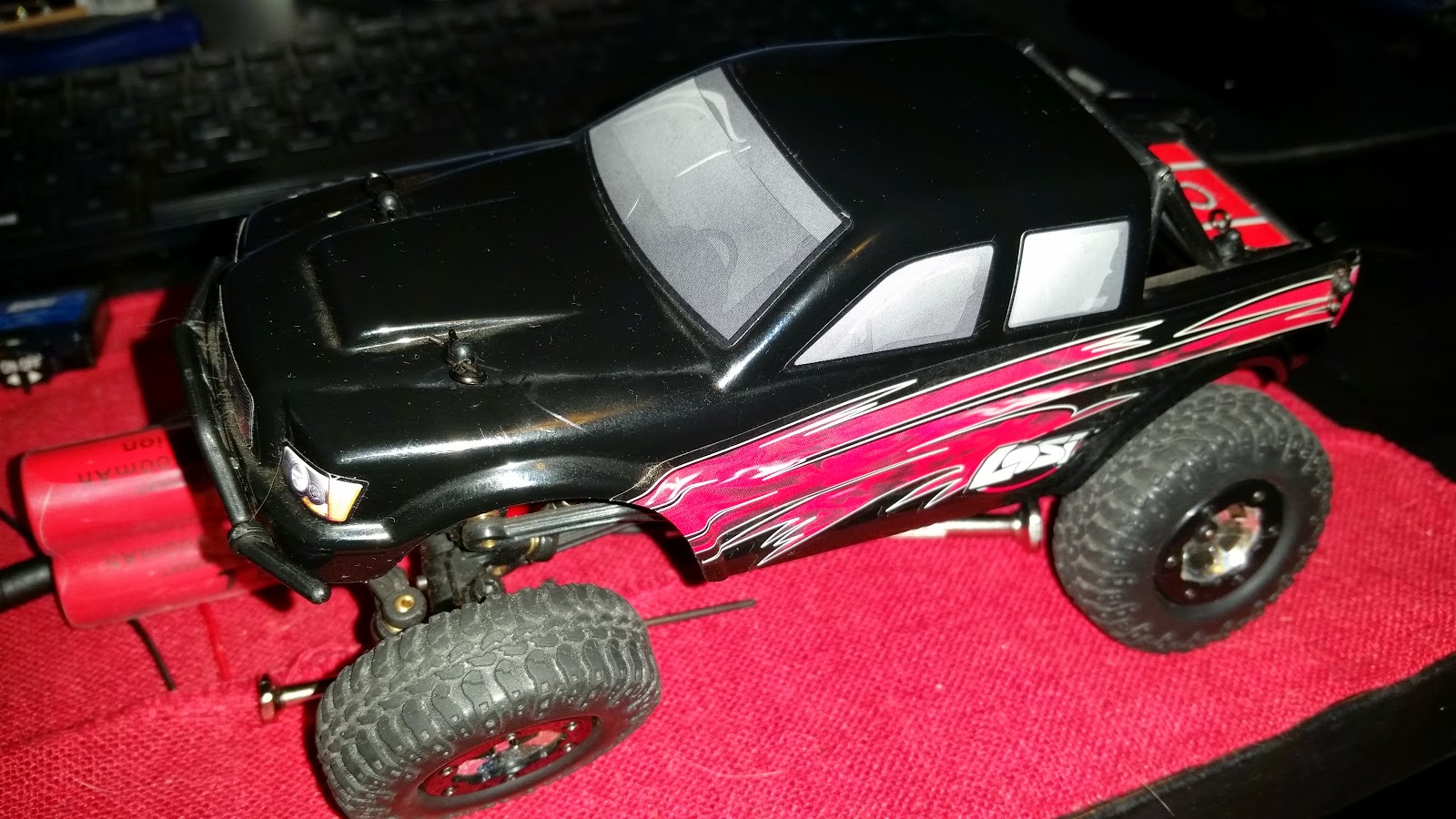 What a lovely truck.   But there's a story behind it.  And some broken stuff too.

So this story starts about a month ago.  I have a Losi Micro Trail Trekker.  It's a great little truck.  It seems to be able to climb anything.  I bought it .. back in 2011 I think.  At the time, I put something like five battery packs through it.  Then.. life happened.

Years pass, I pull the thing out of storage.  I spend some time, and I get the battery packs (I have a Micro Rock Crawler too..) fixed, as from sitting one or two cells reversed.  And I go to drive my truck.  I go from reverse, to forward.. there's a puff, and the smell of escaping electrosity.  After that, the truck would only go in reverse.  I had blown one of the mosfets.

So, frustrated, I called Horizon Hobby.  (Horizon owns Losi now.)  After a little begging, they found it in their hearts to replace my ESC, in spite of being so deeply out of warranty.  Thanks a lot guys!  My truck was running again within a week.

That left me with a "dead" $50 reciever/esc package.  $50 is a lot of encouragement to fix something.  The usual rule with electronics, is you look for something that looks wrong.  The truck was happy to deliver clues.

Here's what a seriously blown mosfet looks like.  Yes, that's a hole. 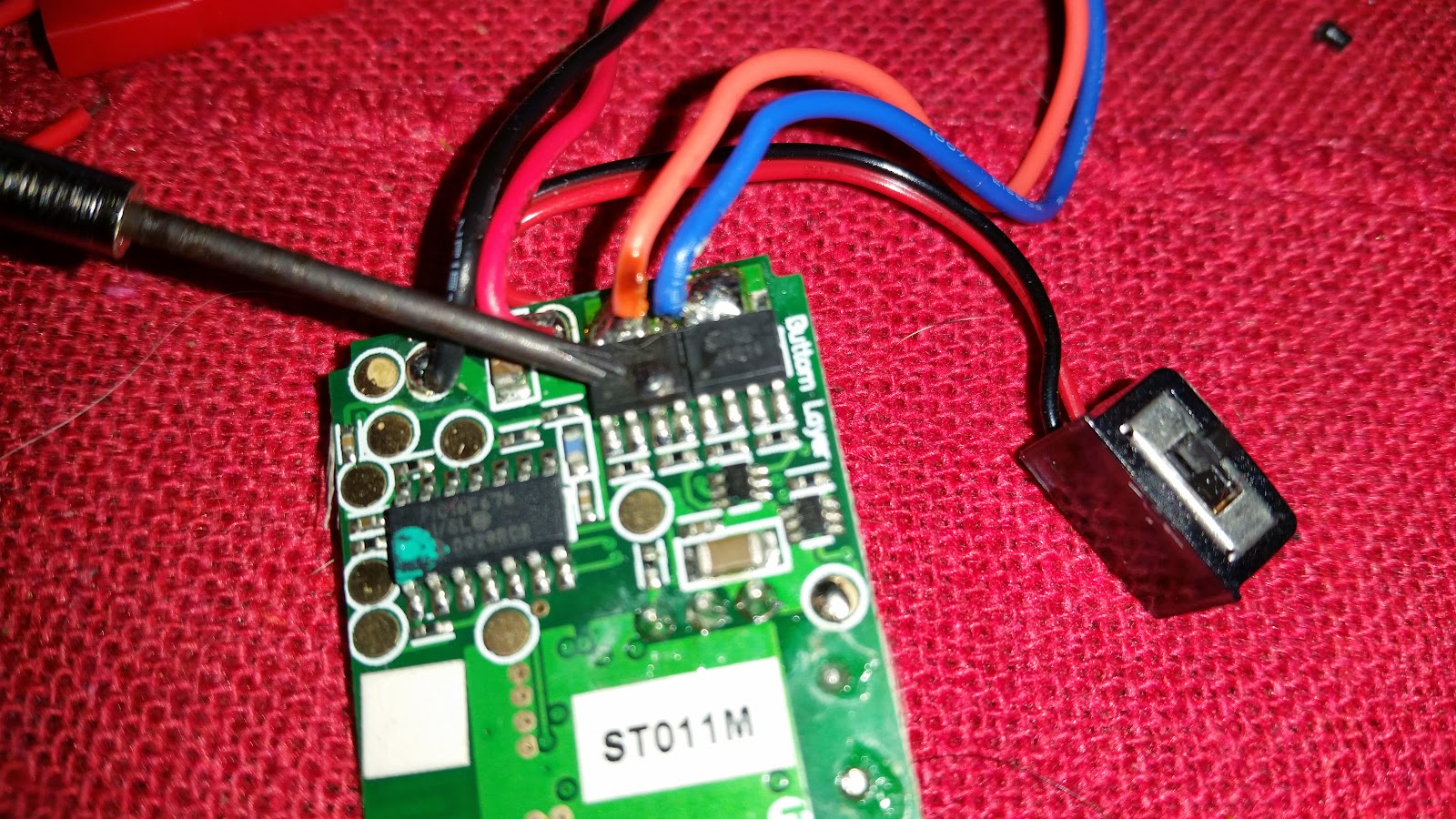 That package is tiny.  But between my camera and some good lighting, I was able to identify the chips.  They're mosfets, two in each chip.  It's also a SOIC-8 package.  Roughly the smallest pin pitch I'd try soldering without a magnifying setup.  But try I shall!

Using the 4205 number I was able to identify on the chip, I tracked down the Datasheets.  The datasheets seemed sane, so I ordered a few.  Sadly, the only decent source was in china, so a month passes....

Removing a chip like that, is a matter of getting all the pins on one side hot enough to flow.. and lifting it up one side at a time.  So I added some solder, and got to work.  The "near" side was easy.  As it's pins are all normal.  The far side was a bit more tricky.  It's behind a whole bunch of wires. 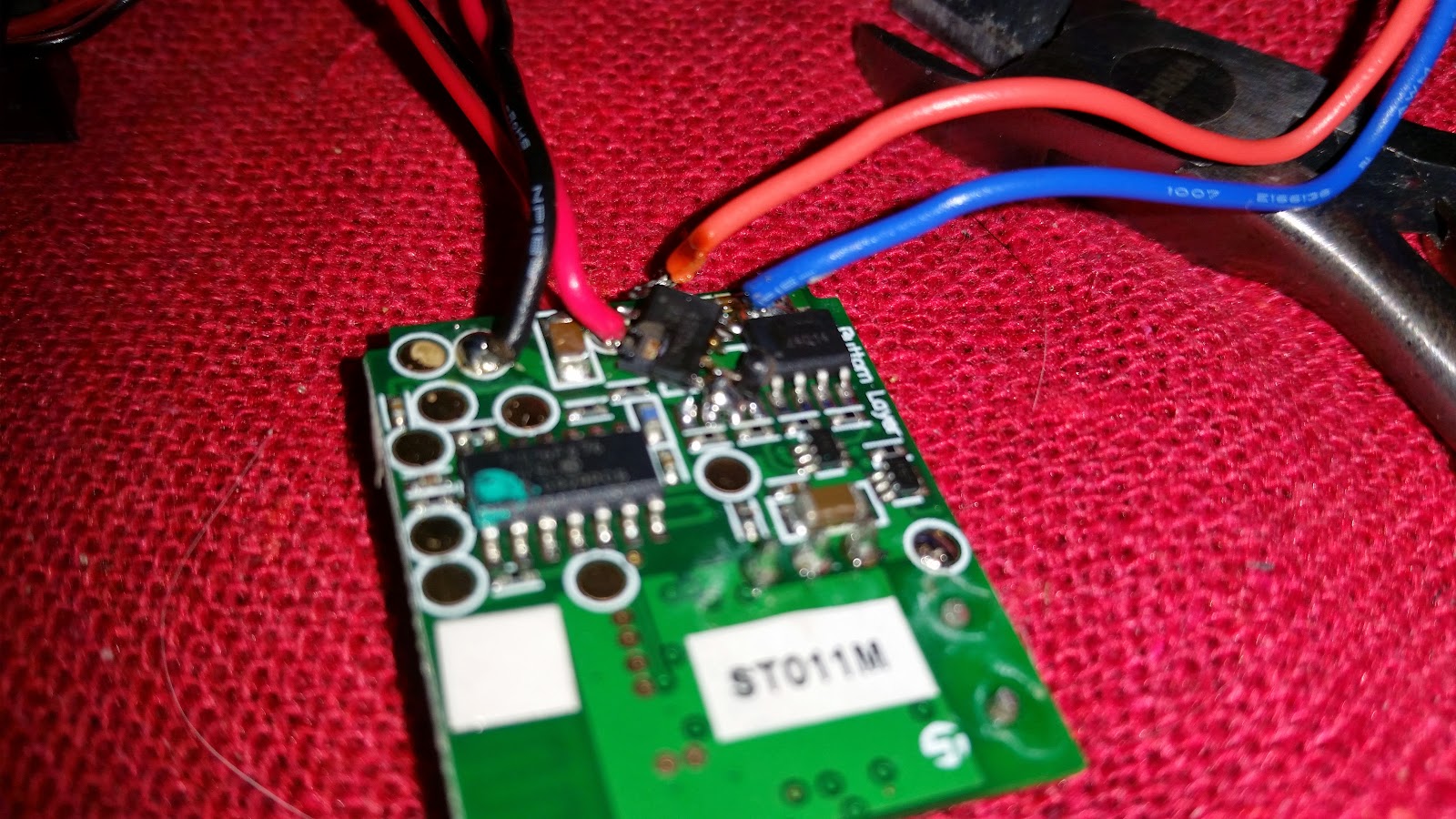 To get access, I unsoldered the pink wire.  It was soldered to a giant blob of solder, bridging two contacts.  Which.. is ok.  As those mosfets are designed to have their center channels bridged. 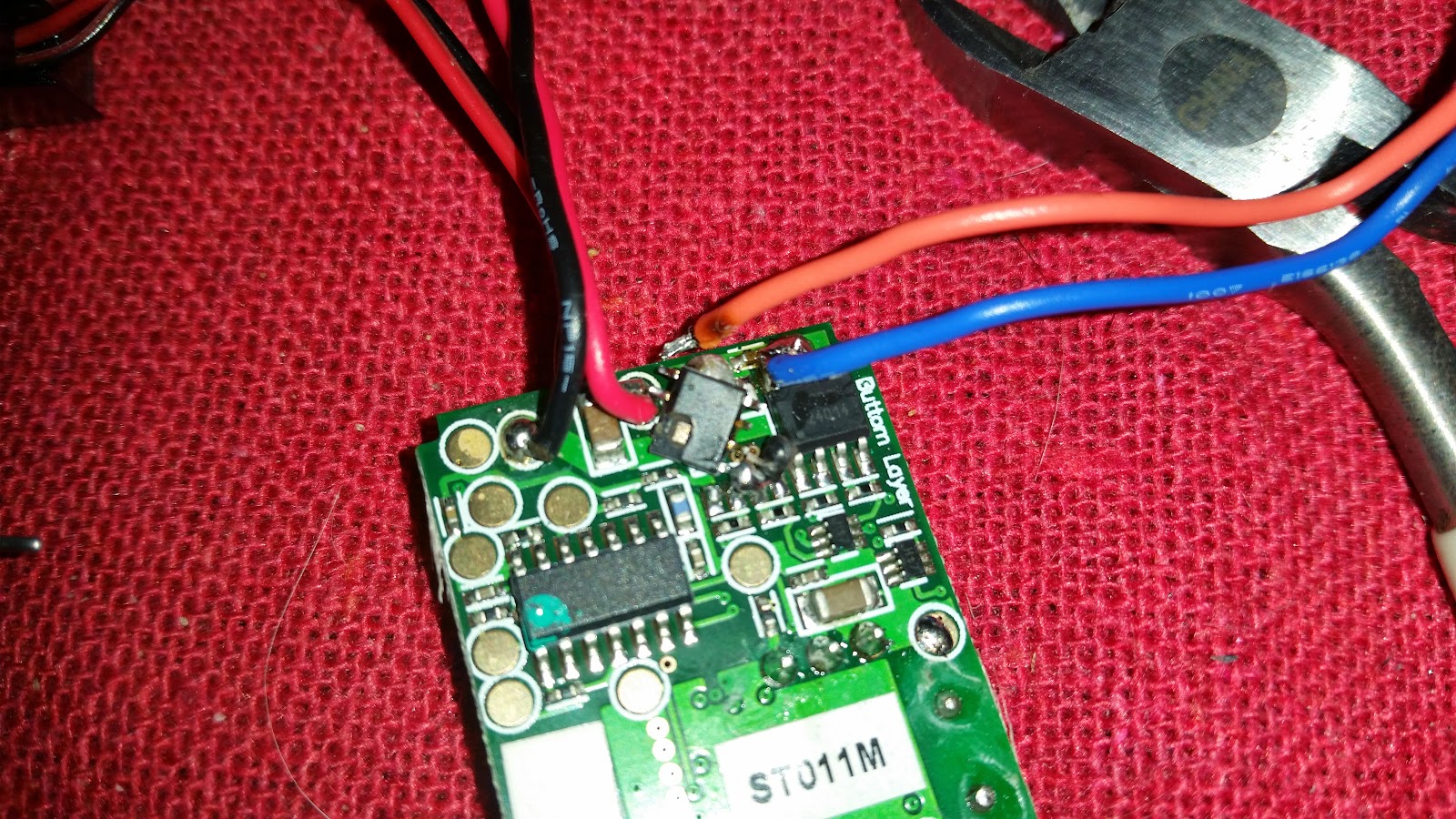 The bottom of the chip really shows how big of a failure this was.  Big ba-da-boom.  Now once the chip is removed, you need to clear out the excess solder.  Solder wick is big and difficult to deal with.  I end up using some 22ga stranded wire as my solder wick.  I pull the insulation off, and dip it in rosin.

Here is the cleaned off pads, ready for the new chip. 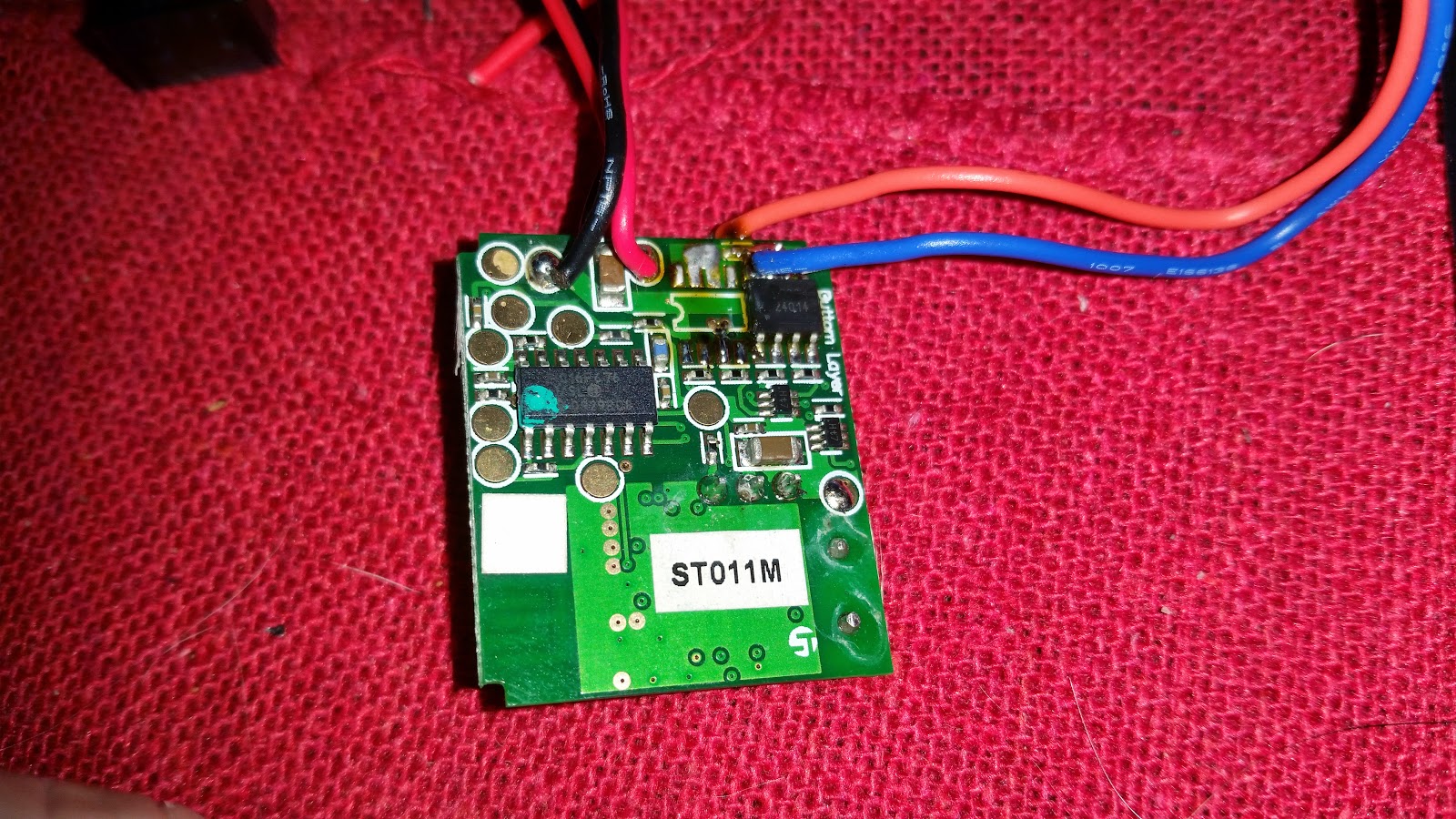 Here it is, soldered back into place.  And before you ask, yes it works.  Both forward, and reverse. 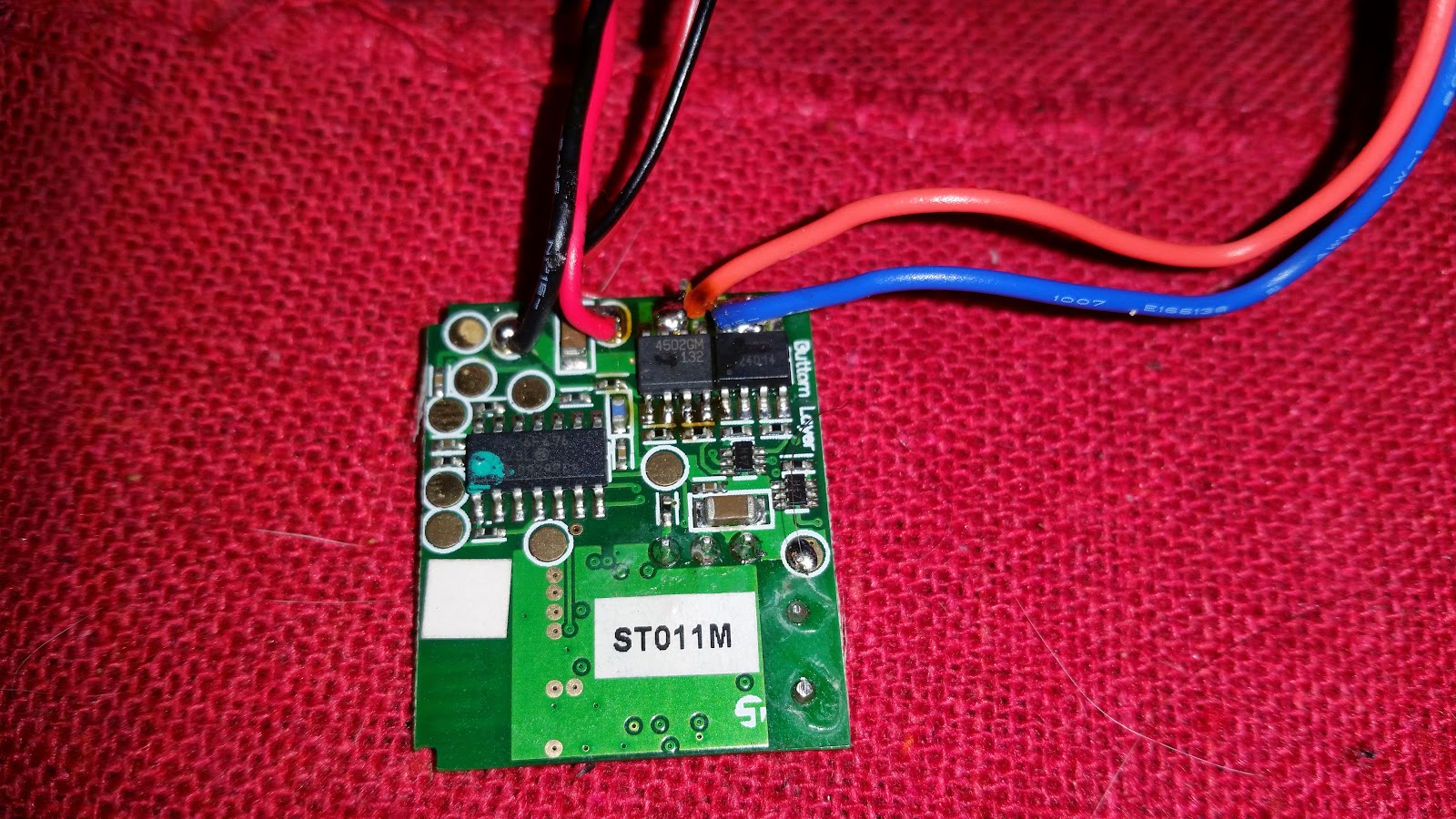 Here's the MOSFET I removed.  I love how they "blow up". 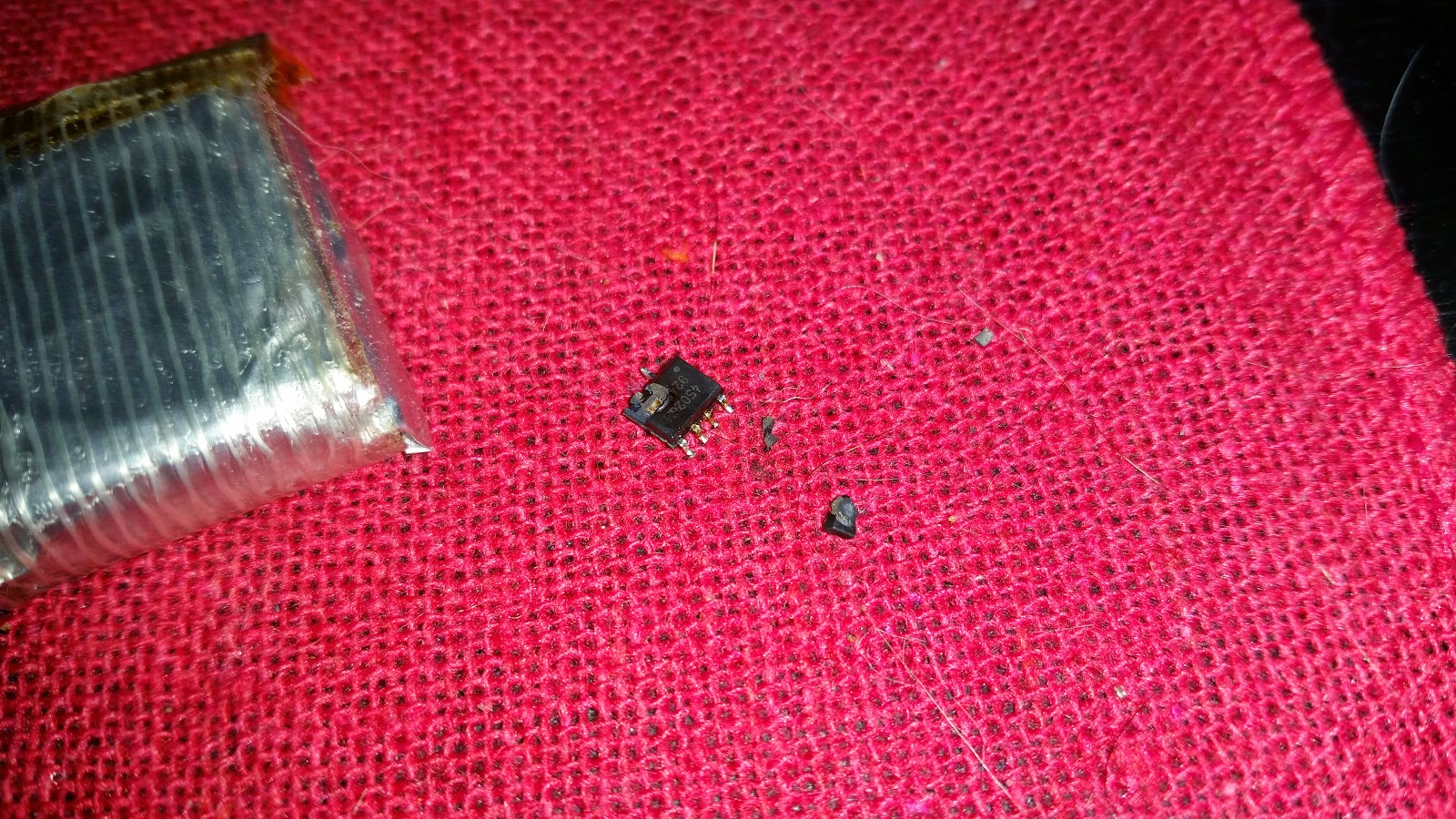 And here's the receiver, all buttoned up and ready to go. 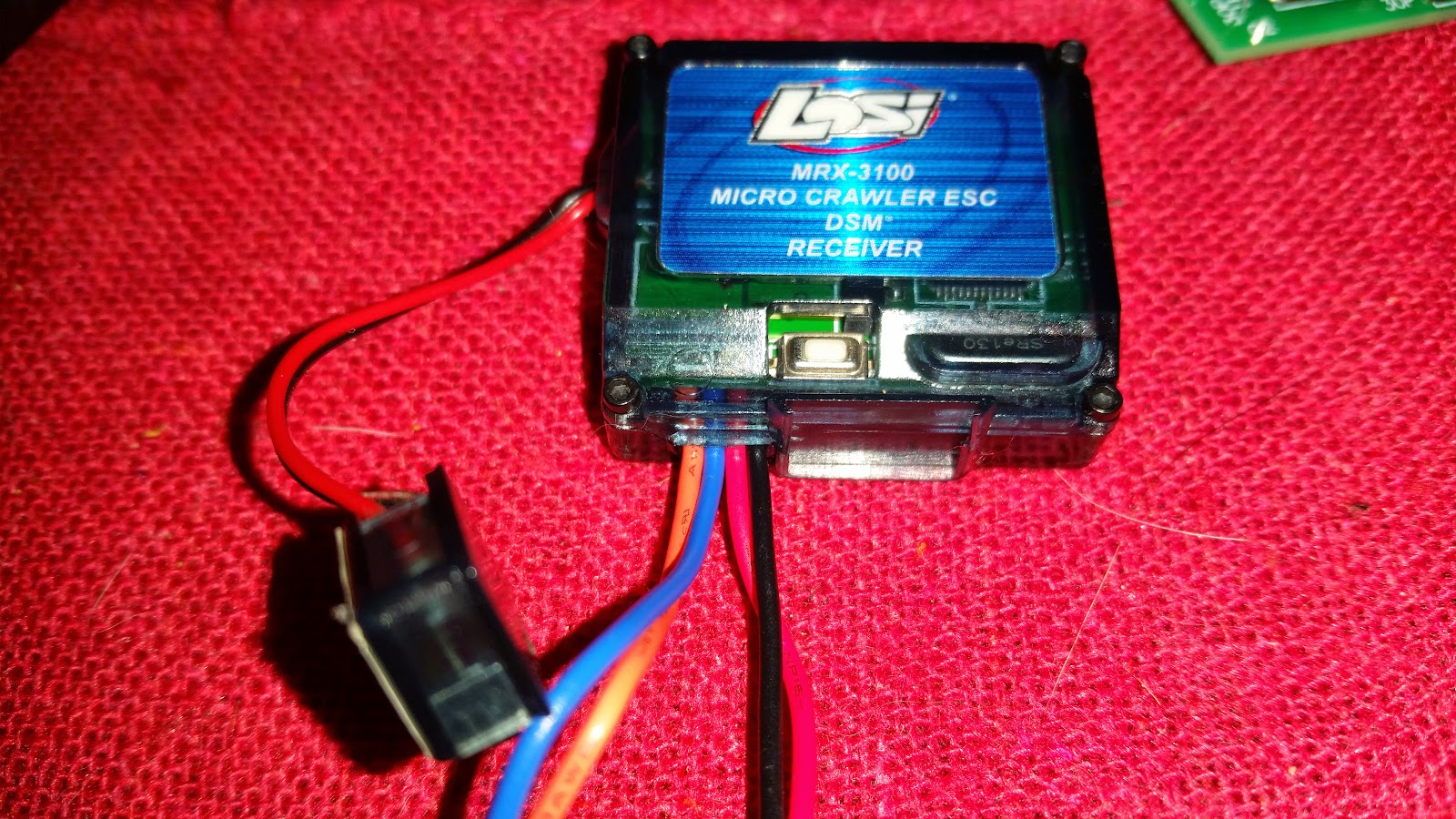 I'm glad it worked.  Hopefully this might give you confidence to repair your ESC if you ever smoke an IC.
Posted by Nerobro at 11:23 PM